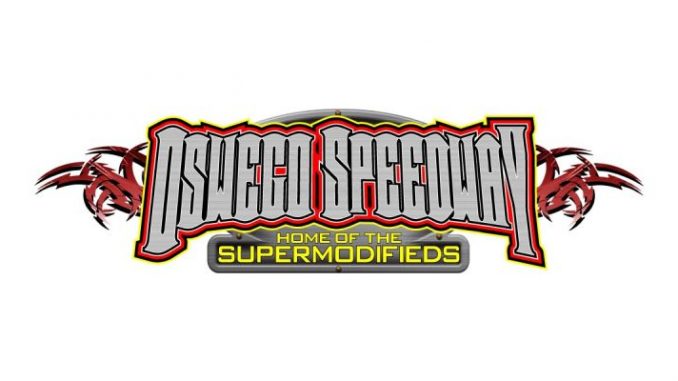 (This is the first of a two-part story focusing on the 62nd Annual Oswego Speedway Budweiser International Classic 200, coming up this Sunday, September 2nd, 2018).

I’ve been to almost every International Classic since 1974, with the exception of a few of the post-2000 races that I had to watch live on the Internet because I wasn’t able to be in town to see them in person.  That means this year will be the 44th consecutive classic I’ve watched.

This race is the short-track version of the Indy 500, and for me it’s a yearly event to look forward to above all others.  Once you’ve seen one in person, you want to keep coming back.

There is a prevalent theme woven throughout each of these races I’ve chosen.  Late-race drama.  I’m a huge fan of the unexpected, and of the “fairy tale ending”.  It’s always fun when someone wins that was not favored, or when two or more cars battle it out to the flag.

I tend to remember these types of races more, and the Classic has proven over and over to be a race of endurance, strategy and being in the right place at the right time.

I’ll present my five favorite classics in chronological order by year.  It doesn’t mean the first or last one was my “favorite”, it’s just a way of helping you follow along a little easier.

I also don’t intend to say these were the “best” ones, because that is subjective.  But, for me, they were probably my most memorable.

You can read more details about all of these races, and the entire first 50 Classic races, in the book “50 Years: Oswego Speedway International Classic” by George Caruso, Jr. and Carol D. Haynes, available at the track or by contacting Speedway Press in Oswego.

I found this book to be invaluable in helping me fill in the details in some of the races, which have become lost in my aging brain!

Grab a beverage, sit down and let’s walk down memory lane with the first three of my six favorite classics!

1974 – My first Classic.  I was just 6 years old.  But I remember it pretty well.  Back then Friday night was just practice.  There were no Small Block Supers yet (SBS).  The weekend was Supermodifieds and Modifieds only.  Time trials would start at noon on Saturday for the Supers.

I remember going to the time trials and just being in awe of the amount of campers and people that were around the track.  Back then there was no bowling alley on the grounds either, and campsites literally covered the place with some leftovers parking in the plazas down at the bottom of the hill across Route 104.

Jimmy Shampine was my favorite driver, and he set fast time that year.  That meant he would start on the pole with his famous “Green Machine” 8ball.  The lineup was a who’s who of Supermodified racing of the day, and was truly “International”.  Canadians including  Johnny Spencer (Doug Duncan No. 07), Norm Mackereth (Ed Bowley ‘Flyin’ 5′, Warren Coniam (Solvay Automotive No. 04 and Doug Syer (Ken Reece No. 00) joined Ohio stars Todd Gibson (in his rear engine “Flintstone Flyer”) Gary Allbritain (in the Myles-Barker No. 93) and Pete Fultz (in Allbritain’s No. 75) along with Michigan racers Bob Seelman, “Cowboy” Leon Weiske (in a Swift-built car) and New Englanders Don McClaren, Larry Record and Jim Cheney competing against the local Oswego regulars in the 40-car field.

Th race was marred by a terrible crash and fire that involved several cars.  Nobody was seriously injured.  A Texas driver by the name of Butch Harris was involved, along with some others.  The last part of it was a thriller down to the wire as Shampine, Canadian Warren Coniam (my other favorite at that time), Bobby Stelter, and the “Ole Grey Fox” Nolan Swift put on a side-by-side through traffic show that, sadly, ended under a yellow flag.

I never saw my hero Shampine take the checkered flag, because I had a terrible ear ache and as soon as the last caution happened my Father walked me down under the grandstand and called my Mom to come get us.

But I don’t think there has ever been a more shocking performance than Warren Coniam put on in 1979 driving Jimmy Shampine’s rear engine machine.  Jimmy had built the car prior to that season, wanting to try something a little different.  With his “radical offset” front engine having already revolutionized the entire Supermodified class two years prior, everyone wondered what would be in store once the rear engine offset hit the track.

In it’s first outing, Jimmy finished third.  A few weeks later he raced it again and suffered a front end part failure, sending him hard into the first turn wall.  He brook a foot, and the front end of the car was destroyed.  It wasn’t until just before Classic that he brought the car back and won a feature.  He decided to race the front engine in the Classic.  He put Warren Coniam in the rear engine car, renumbered from “8ball” to “6ball” for the weekend.

Jimmy started first and Coniam third.  They had their own way though much of the first 70 laps until they came up to lap Johnny Spencer.  Spencer got sideways in front of them and Jimmy was unable to avoid, causing race-ending right front damage.  Coniam made it by on the outside and kept going.

Now leading, Coniam pitted for fuel around the halfway mark and lost a lap in the process.  When he returned to the track, the “Green Machine” turned into the Incredible Hulk.

He blew through the field like a Japanese bullet train, passing cars two and three at a time.  He could run anywhere on the track, and he seemed to get faster with every passing circuit he made.  He unlapped himself and came back through the field again, showing no signs of slowing.  Passing leader Chuck Ciprich on the outside, Coniam, with Shampine leaning over the inside hubrail clapping and cheering him on, appeared a sure winner.

Coniam’s car began to show slight signs of smoke, and track officials began watching closely to see if he was leaking anything on the track.  On lap 185, they determined he needed to be black flagged and one of the most amazing drives in Speedway history came to a sudden and bitterly disappointing end.  Insiders say he was running low on fuel again, so we’ll never know what might have been.

We do know that Chuck Ciprich won his second 200 in a row, and track management banned rear engine cars after that season fearing that all the teams who’d just built new radical offset front engines to keep up with Shampine wouldn’t be able to afford to start over again with a rear engine.

It was one year later that Jimmy came back with the front engine car and led all 200 laps, proving it didn’t really matter where the engine was, it was all about the driver behind the wheel.

1983 – Eddie B. In ’83.  Since 1981, Doug Heveron, a protege’ of Jimmy Shampine’s, had pretty much used the Speedway and Supermodified racing as his personal resume’ builder.  He had won the ’81 and ’82 Classics, and the track championships to go with them.

Eddie Bellinger was from nearby Fulton, N.Y.  He was a second generation driver and one of the most popular at the track.  He was also Heveron’s closest rival, the driver who could get close, but rarely got ahead.  “Team Heveron”, which now included Bentley Warren, who revived his open wheel career in the Heveron backup car and won the ’83 track title.

If you were not a Heveron fan, you were NOT a Heveron fan.  Think Kyle Busch in NASCAR ‘Cup.  Doug was in his early 20’s, and didn’t handle the fans’ ire as some others would have.  He taunted back and played the role of “brash and sassy”.  And he kept right on winning.

But could he win his third classic in a row?

He and Bentley showed their strength from the drop of the green flag.  But Bellinger and Warren Coniam were also fast and both of them were giving Team Heveron all the competition they wanted.  The quartet kept the fans on their feet, especially through slower traffic.  As the race wound down to it’s last 15 laps, it was Heveron leading Bentley, Bellinger and Coniam.

In the final ten laps or so, Heveron’s car began to slow.  He was running out of fuel.  Bentley, wanting to win the race himself but not to wreck either he or his teammate to do it, began to size up how he was going to get by Dougie.  He was running a slightly higher line than Doug, in case he needed to get around him if Doug’s tank ran dry.

Bellinger and Coniam closed in.

In his book “Wicked Fast”, authored by Bones Boucier, Bentley talked about the last ten laps of the race from his perspective. He had caught Doug around lap 160, but didn’t want to race hard with him too soon because he was still looking after his tires.  When Heveron’s tank started running dry, Bentley was cautious.

As the white flag came out, Heveron went into turn one and lost power, causing him to “push” up a lane.  Bentley was already in that lane and they touched. Both cars lost momentum.  In a nanosecond, Bellinger and Coniam flashed by the pair of yellow Heveron racers and under the checkered flag.

The capacity crowd in both front and rear grandstands went absolutely manic and began the chant “Eddie B. in ’83”!  Bentley finally got by Heveron for third as Doug crossed the line in fourth, but no matter.

The post-race party went on until after sunrise the next day.  After over 10 years, Eddie Bellinger finally had a Classic win, and Team Heveron went NASCAR racing the following year.

It was one of the wildest crowd reactions ever, until 15 years later, when the Classic wrote a script that even Hollywood couldn’t have dreamed up.

There’s my first three!  Tomorrow we’ll begin with another Classic rewind with an “unexpected” finish that put one of open wheel racing’s best ever in victory lane in a most improbable fashion!