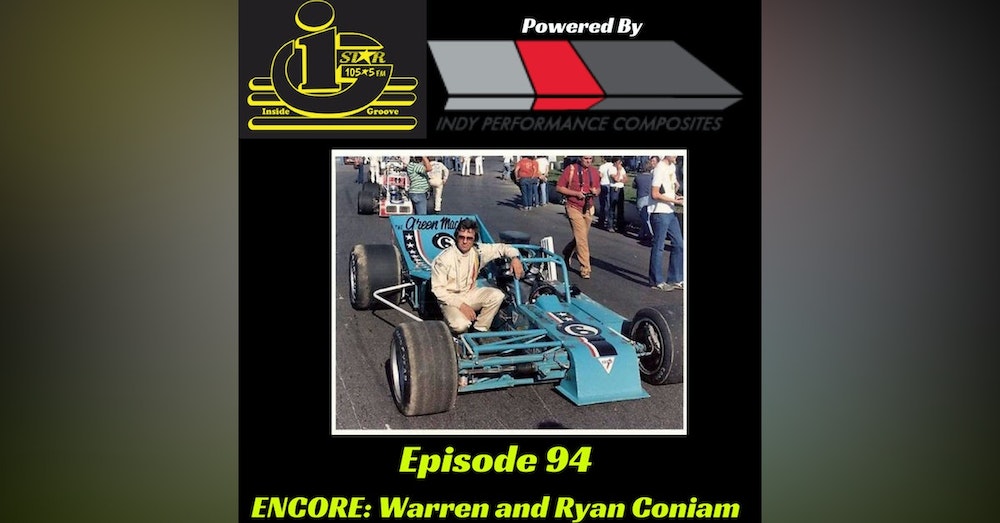 This week's Inside Groove Podcast features encore presentations of one of the many father and son teams who have competed at the Oswego Speedway over the years, Canadian stars Warren and Ryan Coniam.

Canadian supermodified racer Warren Coniam won two Oswego Speedway International Classics and two track championships in about 20 years of competition on the famous fast 5/8-mile oval.  His son Ryan followed in his racing footsteps and has had a successful career on and off the track that took him to NASCAR and onto the dirt tracks in a sprint car as well as competition in the supermodifieds.  We hear full length interviews from both in this episode in a special encore presentation.